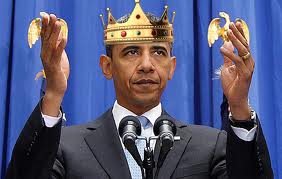 Most people have reconciled with the fact that Obama will be president for the next four years.  Obama is of course a raging narcissistic person where we can see it from his reactions to criticism in the debates with Romney (the rage) or the constant manipulation and lies he tells.  The largest question right now is, wow do we deal with this as a country?  It’s not going to be the end of the world as some claim, but knowing what is going to happen can help us all out.  Obama as a rule is going to stick to his initial thoughts on things.  Narcissistic people do not change their minds for rational reasons and will stick to a course no matter how illogical it is.  In the end, a narcissistic person does not reason at all and thinks the world revolves around himself or herself.  In this sense, we can expect more of the same.  Things won’t get worse as some people believe, but they won’t get any better in that sense.  Obama will continue to pile on the liberal agenda which he believes will save the country.  But he will do it slowly and sporadically as before.  A narcissistic above all else is arbitrary on what they do and say.  I am not sure exactly which part of the agenda he will focus on primarily to start or what will be done later because frankly a narcissistic person is not rational and will do what they want to do based on rather abstract reasoning that no one could ever hope to understand.  The truest way to deal with a narcissistic person is just to ignore them, but unfortunately in this case we have no choice as the president can not be ignored.

As for energy policy, the next four years will see nothing different really from what we have seen.   He has already “solved this crisis” of global warming as he believes.  The EPA is going to continue to regulate greenhouse gases and basically we will see a carbon tax implemented fairly soon. Obama is going to continue to cut drilling, mining, etc because in his mind its the right thing to do and darn those pesky naysayers who are not as intelligent as the president.  He is the chief after all, right?  In any case, we can expect increasingly harsh regulations that will harm any mining, and increases in spending for fruity research such as global warming research and “alternative energy” that focuses not on what can work but on frivolous side projects that the boss wants.  Anyone who disagrees with this will be outed as a naysayer and as a contrarian who will not “get with the program.”

Perhaps some of this energy policy will go back to the belief that Obama actually thinks he can stop the oceans from rising and that he will be personally responsible for the “healing of the Earth.”  This grandiose thinking which is characteristic of a person suffering from NPD (Narcissistic Personality Disorder) shows the true scope to which the president is delusional.  Canute was a king who showed the basis for being modest as a ruler and Obama basically never learned that lesson and stomped it into the ground in a fit of jealous and irrational rage in his speech.  So in the end, the world will continue to heal because of the president!  This means his policies will be more of the same with coal being regulated out of existence in this country and wind and solar panels will save the planet.  None of that is rational mind you, but that is the world of a narcissistic.

Some other things to watch for are increases in subsidies and tax breaks for “Green companies”.  Look for a war on fracking at some point (natural gas production) as the president also believes natural gas to be evil, but not as evil as coal so he will move more slowly in that regard.  It’s a question of time and how the leader who will not rely on his advisors will instead only do one thing at a time because the “great genius” must be the one masterminding everything.  In this sense, we might not ever get around to a war on fracking.  We will see increased regulations on everything including manufacturing which coincidently will make the automobile industry less competitive once again with foreign countries.  But for the most part, just watch for mining to be curtailed and lessened above all else.  There is much more that can be said for the energy policy, but for the time being you can rest assured that any Obama EPA will not follow science, but rather the dictates of the delusional leader.

Another aspect we can look forward to is an economic plan that is not only incomplete but not even close to rational.  The entire concept of “class warfare” will continue as Obama sees himself in his mind as a superhero (he never grew out of those thoughts, as he still likes super-heroes in comics) and that he is waging a war against tyrannical and evil big business.  This goes towards a narcissists emotional state which is undeveloped (six-year olds normally) and of course which is devoid of empathy for other people.  People might have the mistaken impression that he cares for people, but the only reason it appears that way is that appearing to care for people fuels his furnace of “superiority” and feeds his ego.  So in essence he will continue to try to take away and chip away at the largest businesses and especially at those who cross him.  As that sounds non-sensical, it of course is, as he will reward the businesses that feed his ego and stroke his self-importance.

I would really expect to see any business that crossed him directly (such as Papa Johns over Obamacare) or others to be really hit hard with presidential abuses from unfair audits to propaganda attacks to other nonsense.   He will do this the same way he always has, by manipulating others into doing the dirty work and so you will see attacks against any company that slights him to be strong, unmerciful, and completely devoid of any feeling.  This rather random economic policy will create an atmosphere especially in the stock exchange that results in very high volatility over the course of the next four years.

We also know that the stimulus was a dreadful waste.  How this applies to the future is that the president does not take any credit for that and in his mind it was the fault of others.  He will come up with another similar idea, call it a different name and apply it to “Save the economy”.  The timing will be rather random, but we can all rest assured that since he only surrounds himself with admirers, flatterers or people who think like he does that the economy will continue in recession like it has.  The policy of printing money which I have discussed to death will continue as Obama truly believes that it is doing good today and will continue to do good.  Inflation at some point will start ramping up and we will be stuck with the once again with high unemployment and high inflation.  Economic changes will be haphazard and seemingly random and as a result our economy is going to go into a slightly deeper funk.  This probably will not approach the level of depression, but we will see increased unemployment and other side effects that result from an administration which is destroying jobs through over-regulation and through over-incompetence as I like to call it.

There are many other similar things to look for in the future as Obama attempts to stamp his brand on the American People.  His ego which is only secondary to his incompetence will result in many of his opponents into thinking he is a pawn or that he is trying to destroy the country (which is what it appears to be) but in reality he is doing nothing but sitting on a throne and dictating.  Anything that goes against his wishes will result in furious anger and this ego will remain unchecked as his image must be perfect.  The media will continue to play along as fawning over their “messiah” feeds his ego and results in him giving them favorable stories and reports.  You can bet that leaks will come directly from him at times to those who feed his ego the most.  Expect a lot of media stories to continue to be favorable to him as media companies grasp this fact in a rather subtle fashion.  They will continue to support him and hide any potential failures as “not news-worthy”.  I would also expect further prosecution for media companies that do not follow suit.  As in the business cases, any media company that prints unfavorable things will be attacked.

There might be a ton more that can be said from “healthcare” to more on any category mentioned to defense even.  But none of it is hard to fathom once you learn the basics of Obama’s insanity really.  When I say insanity, it truly is insanity as we think about it.  This might seem like the end of the country, but remember that our entire country pays for its mistakes and although we might worry, the better thing to do is look forward and see what we can do about fixing the problems this incompetent president is going to cause.

2 responses to “The next Four Years”