The entire premise of “requiring an ID to vote” has always baffled me.  What is the problem with going to vote and proving who you are?  It’s not like people who function in society are not required to present ID to cash checks, board a plane, or even buy full strength Sudafed over the counter.  This is a famous uttering that I paraphrased from the Kansas Secretary of State Kris Kobach.  Every state has a process where someone can get a free non-driver’s license if they do not want to drive and to top this out, if you can not get yourself to a DMV to get a free picture ID, how the heck can you function in modern society? 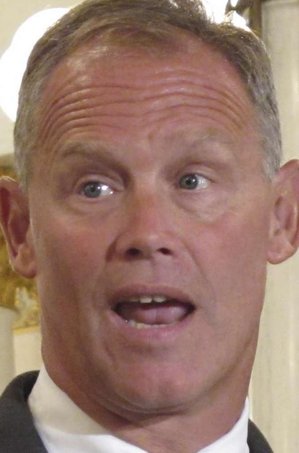 You can not use credit cards, cash checks, or even buy cars, real estate, and the list goes on.  As you push towards the truth you find that the list of things you can do is shorter than what you can not do.  In order to see a doctor (assuming you have medical insurance or are eligible for Medicaid) you are required to present a picture ID.  Most doctors even require this just to make sure they get payment or know who it is they are treating.  I could go on in this fashion for a long time, but the point remains that someone can not really function in society without an ID unless they are into nefarious purposes.  In order to get welfare benefits and other Government assistance you are generally required to prove who you are and that yes requires a photo ID.  Or are we assuming that its OK to not require photo ID to get benefits from food stamps on down?

In that essence, the requirement (since its free anyway) is not a burden on anyone in particular.  If someone can not figure out how to get a picture ID, they are probably too stupid in today’s society.  It requires no written IQ test, but if you can not find your way to a DMV (which are on every bus route I have ever known) you really have an intelligence issue.  I know some people who are mentally retarded literally who have non-driver’s licenses.  So yes, this is an intelligence issue in that vein.  The other type of person who does not have a photo ID is the common criminal, who I would suggest no one should want to vote, but that is not the case as seen here:

“This was not about stopping any voter fraud. This was part of a national effort by the Republican Party to pass laws disenfranchising large numbers of voters who tend to vote Democratic,” Leach said.

So in essence, if democrats are the ones who tend to be unable to figure out how to get a photo ID, they are stupid or lawbreakers according to Leach.  And it’s not just this one politician, this is a common theme with people who want to claim “racism” for everything they want to go through but really is not racist in any way.  I haven’t even mentioned the racial aspect, but it does bear mentioning.

The argument comes down to as the ACLU puts it: since black people were discriminated against in the past, this is racist.  The logic there is so terrible as to make one just want to scream.  Like I said before, this is a false pretense to stop a requirement that puts no burden on people like the laws in the past did.

The full quote that I mentioned earlier is here:

“You can’t cash a check, board a plane, or even buy full-strength Sudafed over the counter without [a photo ID]. That’s why it’s not unreasonable to require one in order to protect our most important privilege of citizenship.”

The ACLU’s counter is rather garbled to this quote.  I included their full response here:

Lions and Tigers and Fraud, Oh My! Secretary of State Kris Kobach Is at It Again (2011 blog): In a recent column in the Wall Street Journal, Kansas Secretary of State Kris Kobach takes a victory lap trumpeting the passage of his voter ID law. He writes: “You can’t cash a check, board a plane, or even buy full-strength Sudafed over the counter without [a photo ID]. That’s why it’s not unreasonable to require one in order to protect our most important privilege of citizenship.” Voting, however, is not a privilege; it is a fundamental right guaranteed by more constitutional amendments than any other right we have. Cashing a check, getting on an airplane, and buying a nasal decongestant are not similarly enshrined in the U.S. Constitution.

Their argument boils down to: since we have had more amendments to the constitution on voting than any other issue, it’s a more sacred right then any other.  In addition, it’s a right unlike cashing a check, etc which are not even mentioned in the constitution.  But that is besides the point, because the constitution does not even mention whether or not requiring a voter ID is necessary or not.  In that essence, the argument is a distraction (red herring).  In order to advance their own argument against them, the ACLU fails to notice how we have gotten voting so wrong so many times in our nation’s history (which required amendments to the constitution no less).  Perhaps we should be very careful about this fundamental right.

But that is not even the worst part about this entire mess.  The liberals and democrats in particular have been guilty of passing laws which backfire against their own party similar to this and they cry bloody murder when it’s discovered that yes (in this case anyways which will happen mark my words) there was voter fraud that went against them.  The sword cuts both ways.  Today’s victory in allowing more “questionable” people to vote means that it will be tomorrow’s loss for their party.  But the real losers are the American people who do vote and are getting out-voted by people who potentially are ineligible to do so.  (or vote multiple times or other instances of fraud.)  Its in this case where our rights to voting are being watered down and whether we believe it or not, the real losers are the individuals who are losing their franchise and we are doing so without even a whimper.  The most ironic thing of this entire spectacle is that the ACLU is supposed to be working for the common man, but in this instance they are taking away votes from genuine citizens in the fashion that voter fraud will cheapen the process for everyone and elections will come down to who commits better voter fraud.

In the end, all we can do is remember that a middle ground approach is the best avenue.  You can not make it too easy to vote, but likewise you can not make it too difficult either as seen by our own past.  Photo identification as I showed is not a racist quest to stop people from voting, it’s a way to make sure that people who do vote are who they say they are.  Nothing else should matter and voting should be kept sacred so that those who are eligible and only those who are eligible to vote do so.

My arguments aside on what democrats or liberals are or are not…the lessons of the founding fathers of our country and from just about every country in the world is if you do not contest the loss of every freedom that is taken away from you, more and more will be taken.  The fault therefore is on each of us for not countering this illogical and rather badly thought out policy that may benefit one party in the short-term, but will strip everyone regardless of who they vote for later on.

Picture is also from: